LDRR get Champs off to a flying start 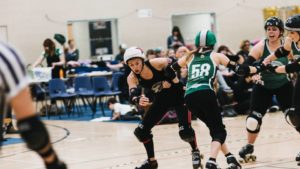 Last Saturday the Leicestershire Dolly Rockit Rollers got their 2017 Championship season off to a roaring start with a thrilling 116-111 win over the Nottingham Roller Girls.

LDRR gained the upper hand early in the game, taking a 30 point lead and defending strategically to carry the advantage through into half time.

The second period was a closely fought contest with Nottingham battling back early to close the points gap. The tension in the sports hall could have been cut with a knife as both teams vied for dominance amid several lead changes often only involving a one point difference. 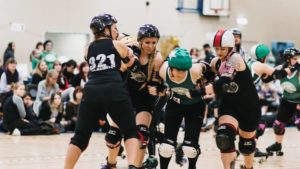 The whole team knew how important this weekend was going to be for us and that getting off to a strong start would set us up well for the rest of the season. The determination and dedication shown by everyone as we prepared for this game shone through on track, and I can’t wait to see what the rest of 2017 brings us. 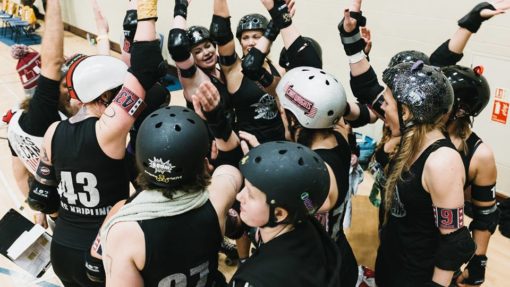